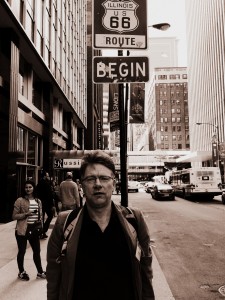 I am Full Professor of Political Science at the University of Antwerp. I studied political science at the University of Antwerp (1989 – 1992) and statistics at the Catholic University of Brussels (1995-1997). From 1993 to 1997 I developed and implemented (at the University of Antwerp) a research project on national civil servants and their EU-level policy networks. Before moving back to Antwerp in 2007, I was employed at various other institutions. In 1997 I started working at the University of Leuven (Department of Political Science) where I defended my PhD-dissertation (2000). After my PhD I received a post-doctoral grant from the Fund for Scientific Research Flanders. In 2003, I became Assistant Professor and in 2005 Associate Professor at Leiden University (The Netherlands) where I taught European and international politics. I held visiting positions at Agder University (Norway), ARENA, University of Oslo (2002-2003), the Institute for Advanced Studies (IHS) in Vienna (2009), the Australian National University (2013) and the European University Institute (EUI) (2014). From 2016 till 2019, I carried the title ‘Francqui Research Professor’. Together with Christine Mahoney I founded and chaired the ECPR Standing Group on Interest Groups and I was co-editor of the journal Interest Groups and Advocacy.

My research and teaching covers the institutional theories, comparative politics, European Union politics, interest groups and research methods. My current research projects are funded by the Research Foundation-Flanders (FWO-V), the European Science Foundation (ESF) and the European Research Council (ERC). Basically, all my projects analyze how interest organizations adapt to multi-level political opportunities in terms of their internal organization, political strategies as well as their programmatic policy agenda. My research agenda covers topics such as multi-level venue-shopping, decision-making, as well as the population ecology of group politics. My most recent research projects, as well as future plans, focus on how interest groups represent citizens interests, more precisely to what extent the politicization of public opinion affects processes of organized interest representation in public policymaking. In this respect, my aim is to develop a better understanding of how organized representation relates to legitimacy at the micro-level of individual citizens.